The Big Tree has gone

Posted on January 1, 2015 By ianmabberley

One of the first things people would see when looking at our house was the huge tree just to the left and behind the house – it tended to dominate the view. Well, after many years of saying it must go – for house safety reasons as much as anything – we finally had it taken down.

As well as threatening to drop on the house, it caused a lot of shade and with the new garlic patch halfway up the hill this was “not allowed”.   It was going to be a complicated felling job, so Matthew Corran was called in.  As it turned out even he had underestimated the amount of work involved.  What looked like about four stems turned into around a dozen at the top of the tree, and with the slope of the bank above it each of these had to be taken down in sections.

I don’t think Matthew’s feet were on the ground for more than a few minutes during the nearly day and a half required to finish the job.  Matt and his team did a great job in bringing pretty much everything to ground in a controlled manner. 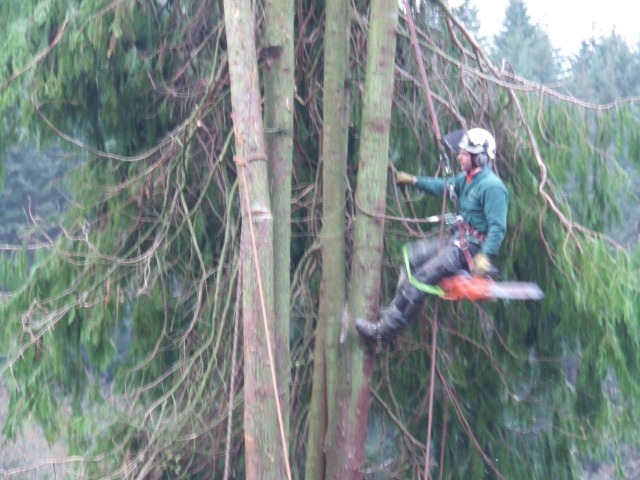 One stem coming down – under control

Finally they got to the final stem and there was no other option than to drop the whole length in one.  With Matt’s team and myself on the rope, Matthew made the final cut and down it came – right on target! 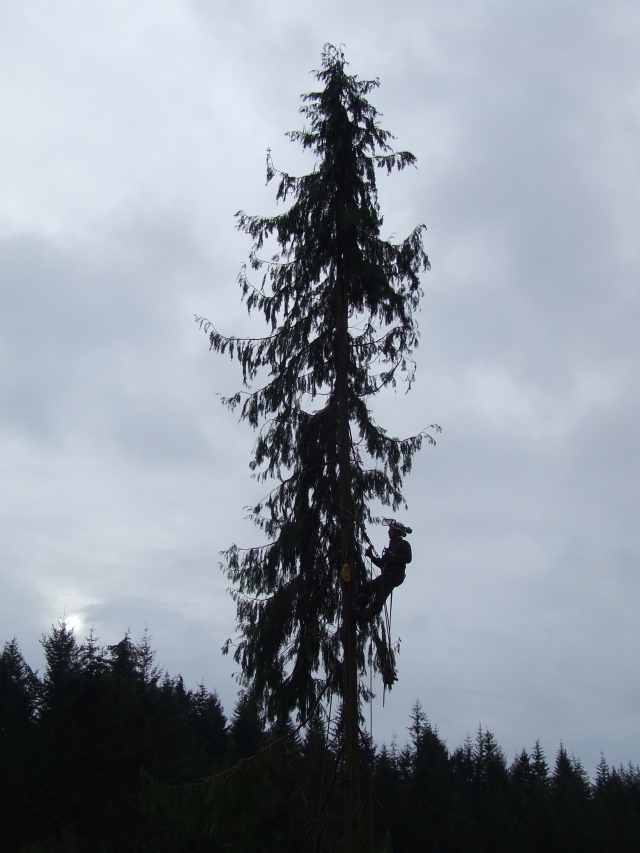 But, as many of you will know, it’s not the cutting down of the tree that takes the time, it’s the clearing up afterwards.  I spent a day and a bit burning brash as they went and we finally got rid of the rest after Christmas.  I’ve moved about 20% of the timber to the yard, but there’s plenty more to go – and all by hand!

Just some of the timber for moving to the yard

It has also given us the opportunity to sort out the bank behind the pond, put up a new fence and, in the fullness of time, replace the (rather dangerous) stile with a custom-made gate.

← The woman who talks to owls
one turkey = one bench →