Despite the rather inclement weather forecast, we had about 220 visitors to our Open Garden over the weekend.  Saturday threatened heavy downpours, thunder and lightning, but apart from a few spots of rain we were lucky enough to miss all that and 63 people, including Deirdre and Kenneth from Ayr (see “let’s go visit a garden”), enjoyed the garden. 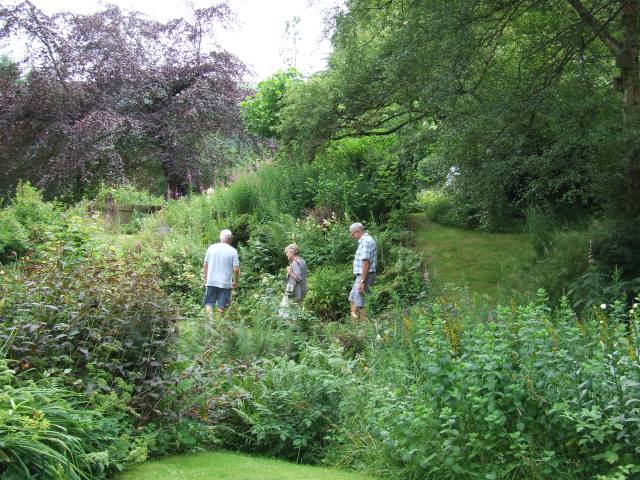 The forecast for Sunday was better so we expected to get a few more, but nowhere near as many as did turn up.   The entrance team were kept really busy, I had to reprint the guide leaflets three times and the tea ladies never stopped – well done ladies! 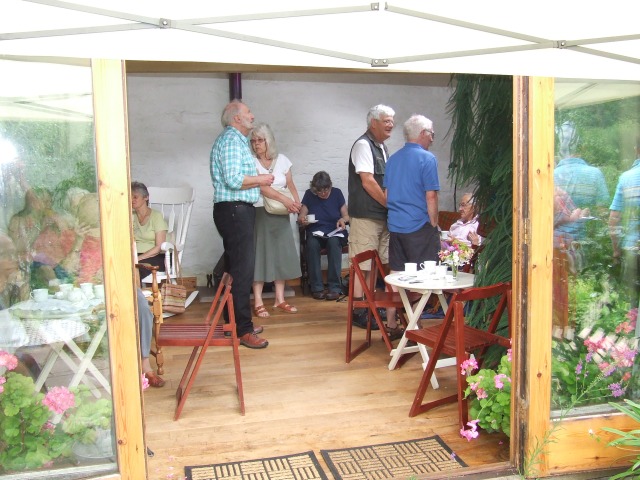 When we did the final count it looks like we had over 150, and it only rained on the last couple – fortunately old friends of ours! 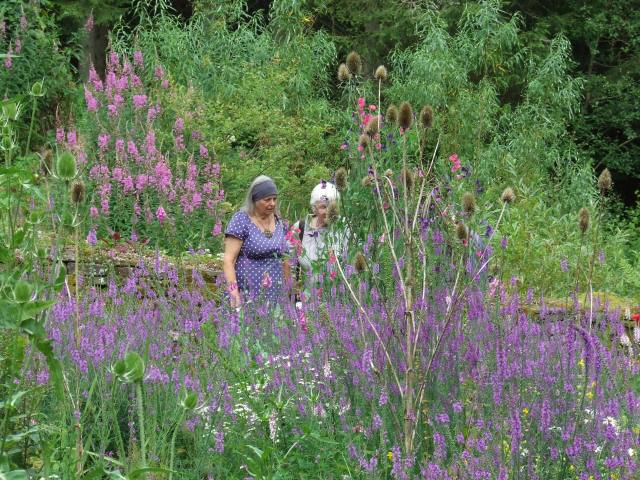 In addition to the teas, a good number of plants were sold, as were my garden accessories, in fact I had to make more on Sunday morning as the Saturday crowd outspent their Sunday counterparts!  Sue was also seen digging up some pieces of  some of her plants as people so admired them! 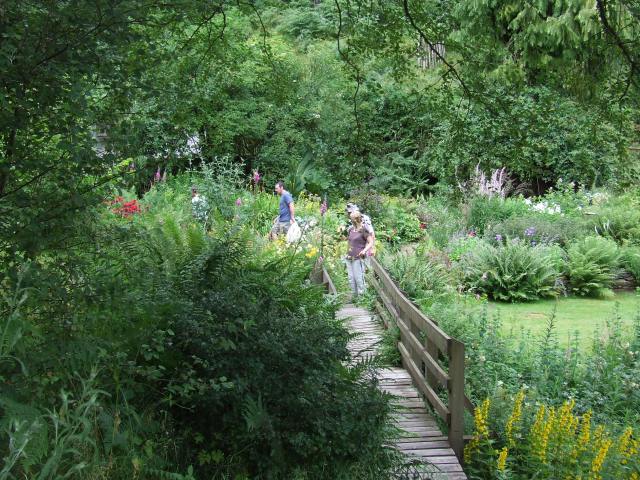 As I write this a couple of  ladies who were unable to make it on the weekend and who booked in to see the garden today are just settling down for a picnic beside the pond, so that’s two more to add to the total.  If you missed the weekend and still want to come and look around, get in touch and we’ll look forward to seeing you. 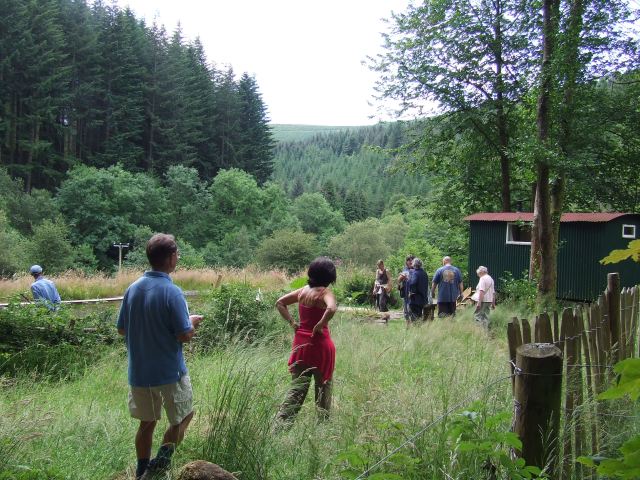 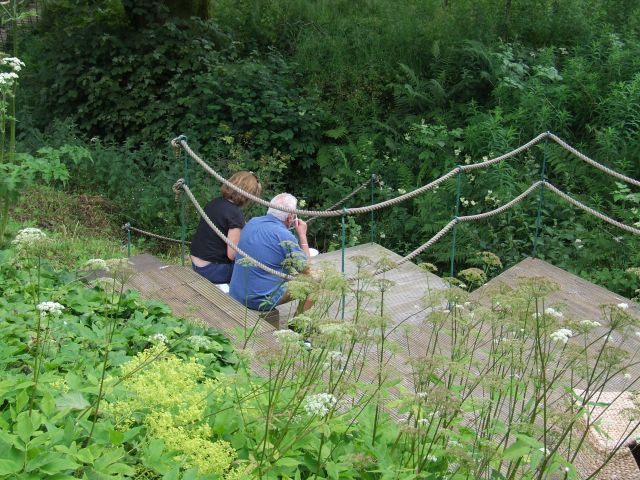 Rhubarb and rose petal birthday cake. Yesterday we hosted another glorious foraging day with @foragefinefoods This one was extra special as the cake was for our friend and guru, Mick Petts, who designed and constructed our natural swimming pond. That's where we ate our seasonal foraged lunch cooked over an open fire alongside the pond, with damselflies, the view across the meadow and flanked by our huge Douglas fir trees....and we toured the forest and garden sampling what can be foraged from even the smallest garden. A great day. Next one is on the 2nd of June. #eatyourweeds
Unfurling ferns, greater stitchwort, bluebells, wild garlic and three-cornered leek in the Edible Forest Garden enjoying the light rain this afternoon. So are we. #rainatlast #forestgarden #wildgardening
The Potager this afternoon. Tulip White triumphator, with hop shoots finding their strings. Honesty. And the deliciously scented tulip Ballerina. Planted out Heritage pea 'Llanover', Woad, Lunaria annua 'Chedglow' (thank you, Alison) and white Herb Robert (thank you, Jacky) with the cuckoo doing what cuckoos do all day. #busydayinthegarden #wherestherain #gloriousmay
Yesterday we hosted a visit for members of the @small_woods_association. Our theme was 'Growing Edibles in a Woodland'. We toured the garden and forest sampling wood sorrel, hop shoots, wych elm seeds, sweet cicely and lots more. A glorious day. Thanks to @larachristen_photography for the photos and help during the day. #forestforaging #wildgardening #growingedibles #organicgrowing #forestgardening
We were thrilled to celebrate #internationaldawnchorusday2022 at dawn this morning in the company of Gary Moore, BBC wildlife sound recordist. We enjoy so much birdsong in our garden that it's easy to take it for granted. Rather special to have Gary here appreciating it with us. Hard to choose favourites, but the highlight was probably the wood warbler. This short clip is the usual background birds in the garden at lunchtime today. #wildlifegardening #gardeningforbirds
The Potager this morning. Dandelions for the pollinators, honesty and our new hazel bean tunnel we created over the weekend. Planted out more peas this morning. Sowing the runner beans this afternoon. Just waiting for our house martins to return from their hols and it will really feel like the growing season has arrived. #wildgardening #organicgardening #naturalgardenstructures #growyourown #nodig