Posted on January 4, 2016 By ianmabberley

A Happy New Year to all our followers and other readers.

Most people will only have seen our stream in the summer, when it can be just a mere trickle.  However after a few days of heavy rain – and we seem to have had quite a few of those recently (in fact it’s hammering down as I type this) – the stream becomes more of a raging torrent that even the most skilful of white water rafters would look twice at before diving in.

Usually in winter a lot of the water is going off down the hydro pipe and only shows below the turbine house.  At the moment it’s impossible to see the difference in the flow on either side of the turbine house.

Here’s a sequence of pics from the hydro intake down 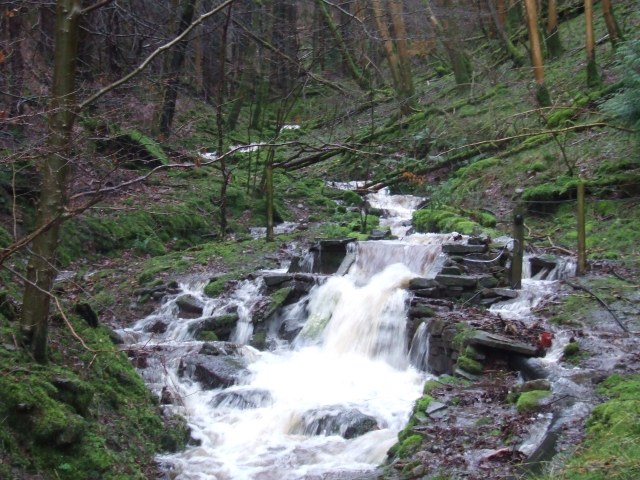 There’s an intake under there somewhere!

backing up behind Dafydd’s wall

Coming through the gap 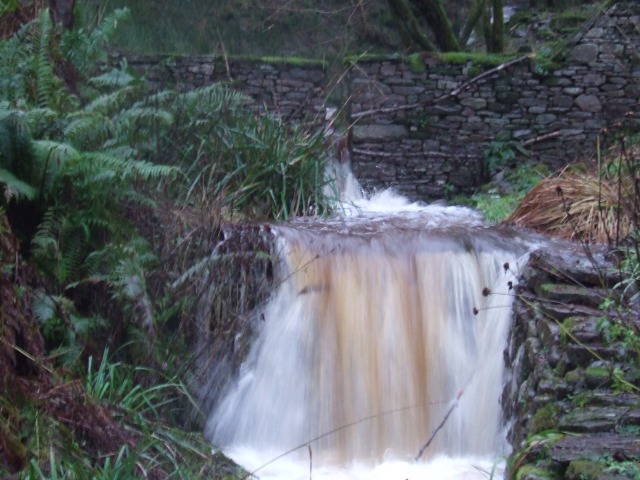 Needless to say the hydro is going flat out – in fact it could probably be generating about 20 times its capacity at the moment.