Posted on October 4, 2014 By ianmabberley

After a wait of six years since planting, one of our more unusual plants has yielded its first harvest. Tucked away in the middle of the circular bed by the copper beech, this plant has been growing well since 2008, but except for about three berries last year, hadn’t yet ‘earned it’s keep’.   We were told by the suppliers, the Agroforestry Research Trust, that it would take at least five years so I suppose I shouldn’t grumble. 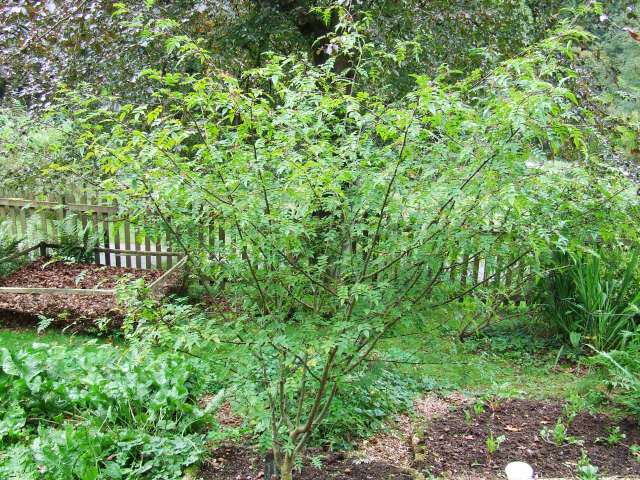 This year we noticed a really good display of small flowers which eventually turned to small berries.  The question was “would the birds have a go at them” or would we actually get to benefit?

Just before we went away for a week we noticed that the majority of the berries were turning a pinky-red colour which a quick bit of Google research told us that the time was ripe for harvesting. 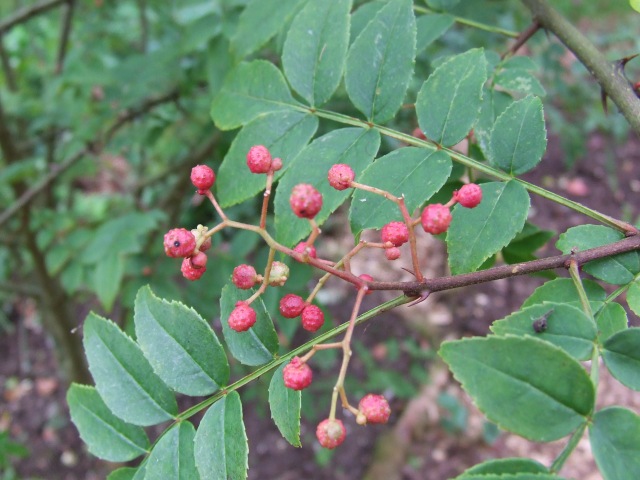 The stems are very spiky, just like a rose, so it’s not the easiest job to get in and pick the berries from the top and innermost branches. 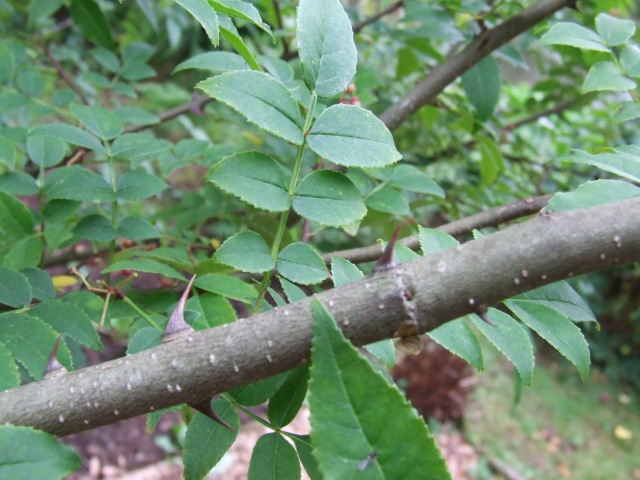 It is also a slow job, as the berries are well spread out on the branches and need careful picking to avoid ending up with more leaves than berries.  But after about two hours I had almost all and took them indoors to weigh – 157 grams!  Not exactly pounds of produce! 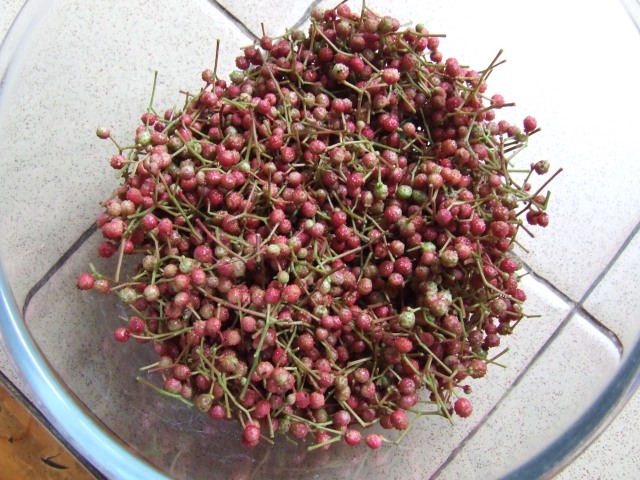 Next job was to dry them then separate the seeds from the husks.  As they dry the husks split open to reveal the small black seeds hiding inside.  Now here is probably the giveaway as to what I’ve been describing for the past few paragraphs – it’s the husks I want not the seeds, which are discarded. 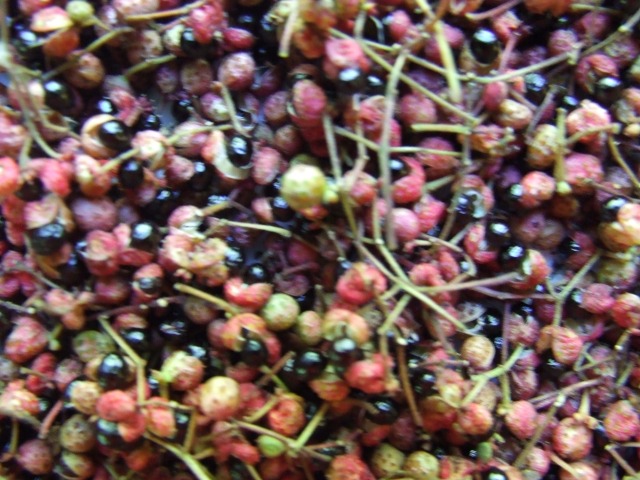 (Difficult thing to focus accurately on)

A wide mesh sieve seemed to do the job of separation quite adequately and now I’m left with 54 grams of spice.   A standard jar of this from the supermarket contains 18 grams, so that is three jars worth

Those who cook Chinese meals may have worked out what it is by now.  Chew one of these and your lips and tongue will tingle then go numb – it is Sichuan Peppercorn – a classic ingredient on its own and also part of a Five Spice Powder mix and it grows really well in the Grwyne Fawr.